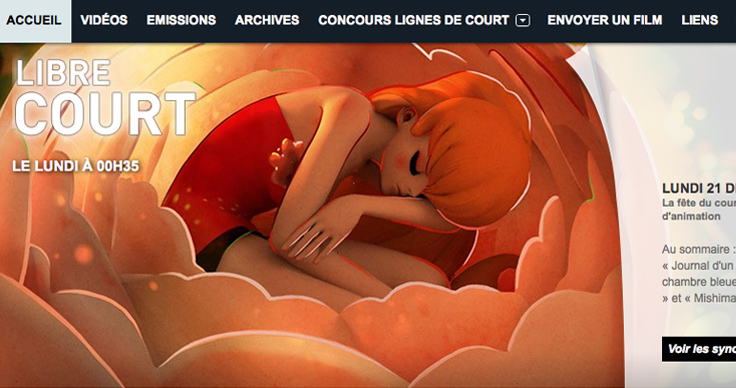 Mishimasaiko will be screened on French Television (France 3) on Tuesday, December 22 (French time, early in the morning in France) during "Libre court" program.

Screening at about 00:35 AM and on pluzz website. Watching the program online will not be possible in every country. Please, make sure you can watch it beforehand !

I have been interviewed amongst 7 directors to talk about 3D animation technique. A short documentary about our sound recording session will also be part of the program.

The film will also be screened in cinemas several times. The dates are not settled yet, but it will be in North France, South France and in Paris... And hopefully in Japan !